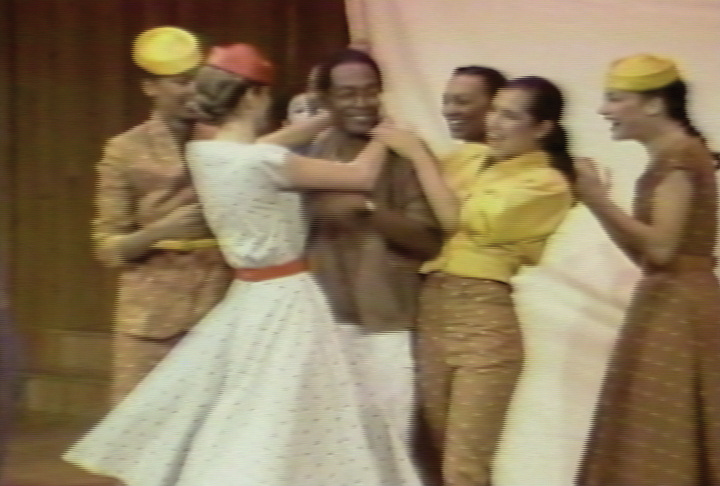 I met Willi in 1971. The biggest thing I did for him was in the spring of 1973. At the time, Eleanor Lambert was the doyenne of the Coty Awards, which later became the Council of Fashion Designers of America (CFDA), and I was the editor of Ebony magazine. Eleanor hosted an annual luncheon for all of the editors and people in fashion. We came together to nominate designers for the Coty Awards—Designer of the Year, New Designer of the Year—all the various catagories.

I went to the luncheon—it might have been the very first one that I attended. It was held at the Plaza Hotel in New York City in one of the wonderful rooms on the second floor. I wanted to sit at the front table. All of the other editors there were white. I saw the center table, and saw that Carrie Donovan of Vogue was sitting there. So I said, “Oh, I think I’ll sit here.” She said, “Oh no, this is Vogue’s table!” I said, “Do you have all ten seats? I’m with Ebony magazine, and I am going to sit at this table. I want to see you fill up ten of these seats.”

I sat down. Grace Mirabella joined the table—she was the editor-in-chief of Vogue; she was great. Everybody from Vogue came. And they didn’t fill up all ten of those seats.

Bernadine Morris, then the fashion writer for the New York Times, was chairing the lunch. She asked, “Who’s a new and up-and-coming designer?” And I raised my hand and said, “Willi Smith! Willi without the e.” No one had heard of Willi Smith. Those white ladies didn’t know a thing about Willi Smith. So, I went on to tell them everything I knew about Willi and that he should be nominated for New Designer of the Year.

Well, it was hysterical. The next day Willi calls me and says, “Audrey, what did you do? All the magazines are calling me—Bazaar, Vogue, Glamour; every magazine, every newspaper! They want to come and see my collection.”

I had told those ladies at the luncheon, “I know you didn’t go to see his collection, so how could you vote for him? You don’t go to see Black designers.” Oh, I let them have it. It was hysterical.

That September, Bernadine Morris made me the cochair of the Coty Awards. As cochair, I was going to be announcing all of the nominees. They had never had an African American—a “colored” girl—announce the Coty Award winners to the press. Eleanor had decided to add Stephen Burrows to the list of nominees. That was the year Stephen won his Coty.

That’s what I did for Willi “no e” Smith. He used to write me handwritten notes and thank yous—little cards. Any time he sent me something, I would put it on my bulletin board in my office. Once I was on the cover of a newspaper, and he loved it. He sent me the clipping; I still have that from 1973. Willi was just nice as he could be!